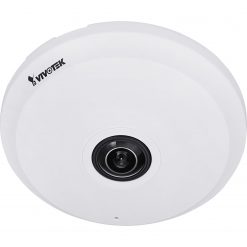 Only 2 left in stock

The FE9191 is the successor to FE8191 in the VIVOTEK 360° surround view family. The new model is equipped with a removable IR-cut filter and WDR Pro technology, allowing the camera to maintain optimal image quality around the clock for unparalleled visibility under high-contrast lighting environments. 3D Noise Reduction technology enables the camera to capture clear, polished video under low-light conditions. The FE9191’s use of the latest in panomorph lens technology has led to much improved image quality with a huge drop in edge distortion. 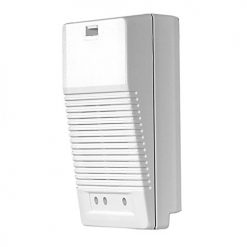 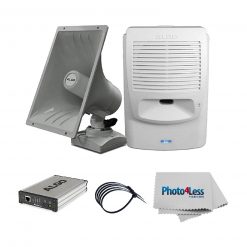 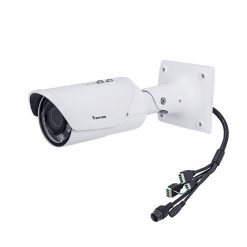 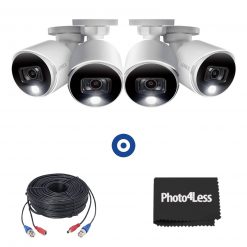 Picture perfect ultra HD security camera See more and know more, with superior definition and detail. The main reason to purchase a security camera is to capture useful evidence should an incident ever occur on your property. This 4K camera will do just that. It is capable of recording a 4K pixel resolution of 3840 × 2160 - that's 4× the amount of pixels of 1080p. This heightened resolution will produce stunningly detailed video providing definitive footage/evidence, should you need it. It will also allow for a greater digital zoom so you can see further into the distance. This camera also comes with a wide 105° angle lens that is perfect for large areas or doorways. Properly greet uninvited guests with active deterrence Security camera systems are becoming increasingly active when it comes to protecting your property. With this security camera, you get two additional ways to scare off would-be intruders. First, there is a bright LED warning light that can be triggered when motion is detected, which also has a strobe light setting. Second, there is a remote-triggered siren that is designed to stop trespassers right in their tracks. When motion is detected, within the sensor range, the system sends an alert to your smartphone, allowing you to remotely access the camera and set off a loud intruder alert to deter crime. Color Night Vision See everything clear as day, even at night, with this 4K Ultra HD bullet camera. It provides Color Night Vision™ in low light conditions (ambient lighting required). Without the help of external lighting, this camera is still capable of recording full black and white night vision up to 150ft (46m) in low light and 98ft (30m) total darkness. Smart IR imaging technology and Clear Night Noise Reduction provide superior low light performance and the integrated infrared cut filter switches on and off between day and night, ensuring accurate color reproduction in all lighting conditions. See clearly in complete darkness and be confident knowing that detailed videos are being recorded even on the darkest nights. In-wall Video / Power Cable for Simple Installation This Analog HD security camera comes with a siamese BNC cable that provides video transmission, power to the camera, and contol of the deterrence functions. This cable can be run through walls to give you with the flexibility to install the camera where you need it most. The wired video / power connectivity means constant connection to your cameras, so your recording never misses a beat*. * This camera should only be used with the supplied cable and power adapter, or an extension cable meeting the specifications listed in the Quick Setup Guide / Installation Guide. The use of any other power adapter or cabling will adversely affect performance. Outdoor approved Install this durable security camera wherever you need it most - indoors or outdoors. It is manufactured to be fully weatherproof (rated IP67), so you can count on all-season security monitoring that never stops working.
Price $519.96
Add to cart
Add to Wishlist 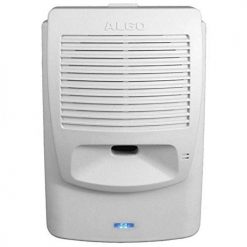 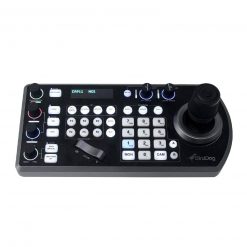 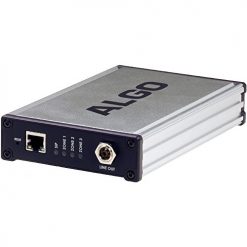